Posted an hour ago 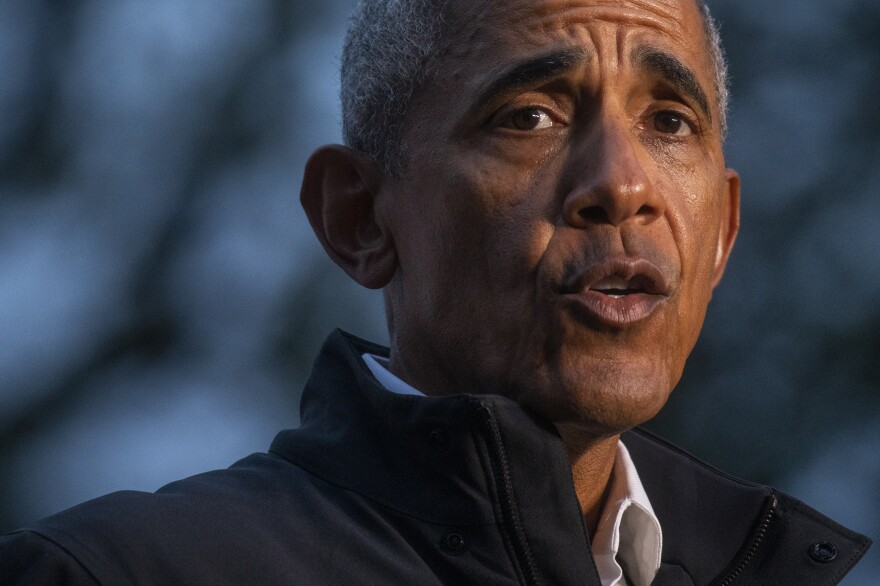 Former President Barack Obama is warning that America is under threat from a Republican Party effort to actively undermine democracy.

In a tweet on Thursday morning marking one year since the violent attack on Capitol Hill, Obama said that “while the broken windows have been repaired and many of the rioters have been brought to justice, the truth is that our democracy is at greater risk today than it was back then.”

One year ago, a violent attack on our Capitol made it clear just how fragile the American experiment in democracy really is. Here’s my statement on what the anniversary means, and what we need to do today. pic.twitter.com/9rjbjPLwLH

He noted that after the attack, many Republicans had rejected the false claims of election fraud by then-President Trump. Since then, however, they’ve “been embraced by a sizeable portion of voters and elected officials — many of whom know better.”

The Capitol Hill attack was triggered by Senate certification of the November 2020 election won by Joe Biden.

Obama said state legislatures across the country were now making it more difficult to vote and that some “have tried to assert power over core election processes including the ability to certify election results.”

The former president also issued a statement on Jan. 6, 2021, calling the events of that day a “great dishonor and shame for our nation.”

On Thursday, Obama praised Republicans who “courageously stood their ground and rejected such anti-democratic efforts” only to be “ostracized, primaried and driven from the party.”

He said Americas have always been “defenders of democracy and freedom around the world,” but that “We can’t set an example when our own leaders are willing to fabricate lies and cast doubt on the results of free and fair elections.”